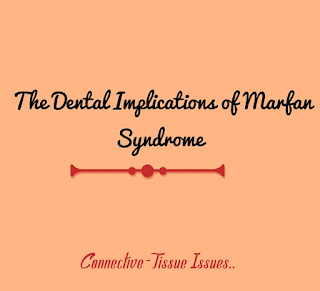 It's almost a decade now since my disastrous dental problems began. I was still a teenager & suffering relentlessly with toothache and painfully sore gums. I consulted my Dentist numerous times regarding this miserable matter but he couldn't pinpoint an actual cause. He said my gums were severely inflamed and my teeth were very sensitive. That was the best answer he could provide me with. The annoying thing was that it couldn't be treated as there was little that could be done for sensitivity & inflammation. so I was just advised to keep my oral hygiene as healthy as possible, and avoid eating anything that triggered it off. I didn't understand why this was happening though as I wasn't someone who lived off sugary snacks, so as a rule, my teeth & gums should not have been so inflamed and sore. I mean, I liked a chocolate bar and a cake as much as anybody else, but I wasn't consuming enough to cause so much dental distress. It became an on-going issue, and over time, it got to the point of me not even being able to enjoy an occasional sweet treat as it just caused an epic "dental flare up" as I called it. Which resulted in days of toothache and swollen gums. Eventually, I was having to avoid a wide range of food & drink because anything that contained sugar (even a small amount) seemed to be the biggest contributing factor. It felt like an endless circle which was never going to get resolved. I was mostly keeping this problem at bay purely by swerving sugar, but I wasn't wholly convinced that there was no underlying cause.

It became a bit of a nightmare though as I couldn't bite down on anything solid anymore or chew hard foods without my gums starting to bleed and throb, so I resorted to blending up some foods and consuming them through a straw to avoid further irritation to my mouth. It was also a way of adding more variety into my diet instead of keeping it bland for the sake of my teeth, which I had already been doing for too long! Blending certain pieces of food up into a smoothie isn't ideal for everyone, but it's keeping my fragile gums and teeth in tact, so it's a wise & worth it alternative for me. I'm sure it's not everyone's favourite way of eating their apples, but it's my 'normal' now and I'm used to it. At least I'm not missing out on my fruit anymore! I do miss the occasional sweet treat though, but I'd tried on numerous occasions to reintroduce my mouth to a sugary snack in the hope that the same old problems might've cleared itself up, but it seemed that was a little too optimistic. I was growing really tired of not knowing what was causing this now though. I know I had permanently inflamed gums & sensitive teeth, but why? I felt like something was being missed or overlooked. There was more to this than what was meeting my Dentists eye, and I knew it!

It all became clear in 2018 after a few dental X-rays revealed I had severe gum disease, and on examination, it was now obvious that I had a fair bit of gum recession as well. Recession and periodontal disease are both known causes of inflammation & sensitivity, but although I now had an explanation of sorts, I still didn't understand it. I wanted to know how this had happened when I'd avoided not just sugar filled snacks, but anything & everything that contained the slightest trace of sugar for the last few years. I now felt more bemused than ever but I listened carefully as the Dentist expressed his new take on the matter. He now believed my Connective Tissue Disorder, Marfan syndrome to be the root cause of all this. Well, he and the Dental Hygienist both suspected this to be the case because the gums are made up of connective tissue, and if that tissue isn't as healthy as it should be (which mine isn't) then it will lead to receding gums and periodontal disease, which inevitably causes toothache and inflamed gums. I was shocked, but not surprised to find out that Marfan syndrome was the culprit. It's affected most of my body over my lifetime and now it seemed my teeth were no exception. It all made sense now I'd been made aware of it. It was the Issues with my Tissues!

Disappointingly, at the moment, nothing has been resolved. There isn't really any treatment for receding gums and tooth sensitivity. The Dentist mentioned having Gum Graft Surgery which might help, but I have a lot on my plate with my health already, and the surgery isn't guaranteed to work, so I'm still debating whether I should put myself through it or not. I obviously don't want to live with so many dental issues forever, so something needs doing soon, but to be honest, if replacing my teeth with false ones would solve the problem, I'd have them all taken out. That's how fed up I am with this unrelenting issue. But, at least I now know that there always was an underlying cause like I suspected, and it wasn't all in my head.

September 13, 2020
Over the last few years, I've been very open on Blogger about my life with Marfan syndrome and numerous health conditions, but I haven't been quite as forthcoming with those around me because if I'm to be honest, I struggle to fully express the significant impact that chronic illness/health conditions have on my day to day life. I don't look like someone with chronic illnesses. I don't use a wheelchair, a stick or any disability aids, so I'm afraid of telling some people in case they think I'm over dramatising it. But that is far from the truth. I've lived with chronic pain for a long time now, gradually building up and becoming more widespread over the years. I've learnt to become good at pushing my unpleasant physical sensations aside to get on with my every day life though, so no one would ever guess it. No one would know (unless you are my Mother) that on a typical day I experience several different types of pain and discomfort throughout my body
Post a Comment
Read more
September 01, 2021
I'm just gonna start by being really honest with you all. This year has been rough for me. Really rough. My Marfan related health problems have taken their toll on me and I feel physically exhausted. I feel emotionally exhausted too, but I don't like openly admitting that. I don't know why, I guess it makes me feel ashamed as I sound weak. I don't want sympathy, I just want to express myself. If you've followed me for a while, then you'll know that I already have various medical ailments mostly as a result of Marfan syndrome. I live with chronic pain, PoTs, a complete bowel prolapse, and numerous other problematic issues. I was just about managing to cope with all that but then Marfan syndrome started affecting my gastrointestinal system, and I've lost too much weight. I've been slim for a few years now, but not this slim. I'm just about sitting at 6st at the moment, which is far too thin for my height. I've been referred to the dieteics team and
Post a Comment
Read more

Every Scar Tells a Story

September 10, 2017
This blog is an unexpected one really as I've never planned on sharing my scar on blogger before, but when I looked back at the full length photograph of my scar that my Mum had taken, I realised what an eye-catching photo it was and thought it would be an interesting topic to discuss. So here I am, showing off my 14 inch spinal scar that I've had since I was 13 years old due to needing a spinal fusion to correct an aggressive double curve. As you can see, I was cut open from my neck to my waist but luckily I was left with a very neat scar. The protruding hardware that you can see poking it's way through my skin is more noticable than the actual scar and that's because the bolts & screws are looser than they should be, but that can't be altered now.  I've never shared my scar publicly before because it's not really seen as a popular thing to do, but I don't care. I'm not a follower and I won't keep it hidden to please others. I will show
Post a Comment
Read more